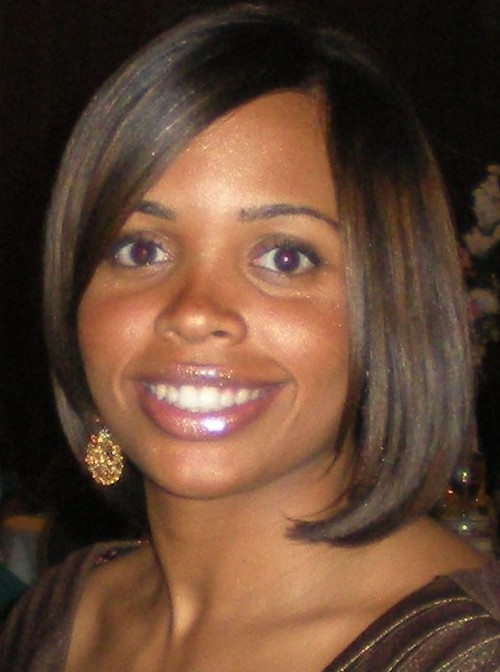 Margo Sommerville is Studying to Be Funeral Director Like Her Father

Morticians with stern faces in nondescript black suits are becoming a thing of the past.

These days, you’re just as likely to see them in pearls as black ties.

“There are still people who would prefer to talk to my dad,” the younger Sommerville, 23, said the other day as she greeted a visitor.

“Some of the older population may feel they want to work with someone more experienced,” she said. “In the Akron area, it’s a business where most funeral directors are older and are male, but you’re seeing more young people emerging in the field and more women.”

In 1970, women represented only 5 percent of the people in the funeral service field, said George Connick, executive director of the American Board of Funeral Service Education in Portland, Maine.

By comparison, 52 percent of all students entering mortuary schools and other funeral education programs today are women, he said. There are 54 accredited schools throughout the country, including the Cincinnati College of Mortuary Science.

“Every year, the majority of new enrollees are women and the number keeps creeping up year by year,” he said.

Some say it is the nurturing nature of women that has made this a natural field.

“I don’t know if it’s that motherly, comforting instinct or that people perceive women to be more compassionate,” Margo Sommerville said.

In the year she has been working with her father, she has started to add her own special touches.

She has already replaced the furniture in the conference room, revamped the chapels and casket room and purchased a new limousine.

Margo Sommerville didn’t grow up wanting to be a funeral director.

In fact, she never really thought seriously about it until her junior year of college when she had to decide how to apply her majors to the real world. She was majoring in business administration and human resources at Lincoln University in Lincoln Park, Pa., where she graduated in May 2003.

But faced with making a decision, she realized the choice was obvious. Her family’s funeral home would allow her to combine the two fields — business and desire to help people.

“My dad and grandparents worked hard to establish the funeral home and I think it will be a perfect fit for me to continue the business,” she said. “Sometimes we have things already set up for us in life and we don’t take advantage of our blessings.”

She is currently working on her master’s degree in public administration and toward her funeral director’s license. She has not taken the embalming classes yet, but definitely plans to take them.

“I remember a woman funeral director in Cleveland told me, ‘Even if you never use your embalming license, at least know how to do it so that you know that the job is done right and in case something goes wrong you can do it yourself.’ “

So far she has assisted several families with making funeral arrangements.

Former Akron residents Janie and James Wheeler, 70 and 78 respectively, recently flew up from Greensboro, N.C., to take care of a few personal matters including making their own funeral arrangements.

“We realize that if we don’t do it, the kids would have to and we don’t want to put that burden on anybody,” Janie Wheeler said. “It’s unfair to them.”

Janie Wheeler worked with other women in her career as a former executive in the Girl Scouts program.

She liked her dealings with Margo Sommerville.

“Margo was very professional. I don’t want to negotiate or haggle prices. I want to look nice, but don’t want to go overboard with cost. She didn’t try to sell us the most expensive package. She was really good. After I spoke to her, I didn’t look any further,” she said.

“I think deep down inside it’s what he wanted, but he never tried to influence me one way or the other,” she said.

Sommerville, who in addition to being a city official is involved in other businesses, was certainly pleased.

“I paid her way through college because she’s my daughter and I love her, not because I expected anything in return.”

He said he never had his children work around the funeral home much, other than pick up paper outside or stand at the door and greet people.

“I used to tell them they had to look hungry standing there to let people know we needed their business.”

He never dreamed one of them would actually want to go into the business.

He had given up on his only son, Marco Jr., now 15, a few years ago when he took the youngster with him to pick up the body of a young boy who was killed in a bicycle-car accident.

“I told him that it could happen to him if he wasn’t careful riding his bike in the street. I guess it was too much for him, because he never made another run with me. I think I scared him away.”

His other daughter, Shayla, 20, wants to be an attorney.

“Taking such a tragic time and trying to make it as easy as possible for the family,” can be tough, she said. “Especially the death of a child, I can’t even imagine what it feels like to lose a child.”

The job also requires organizational skills. People only see the funeral service itself, but there’s so much to plan. You have to build up to get everything to go as it should. She said there’s a lot to learn and she’s learning more each day.

She hopes not only to own a funeral business one day, but to expand and own several funeral homes.

She said that once her friends get over the initial shock of what she’s doing, they ask a million questions. In fact, two of her friends are also in the field.

She said the most gratifying part of the job is the feedback from families. “It’s knowing you helped,” she said.