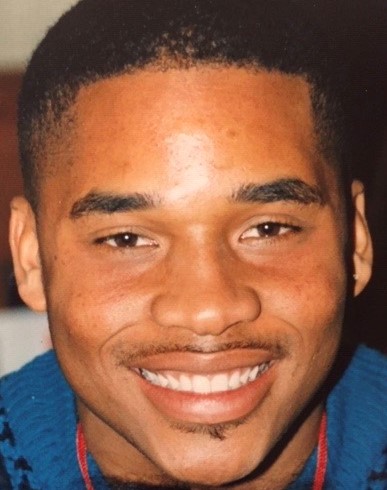 Sam transitioned on the afternoon of May 27th, 2020, at home with his long time companion Janeen Forepaugh. Samuel Thurston White is now one of our ancestors who is living through us.

Sam was the second oldest child of his four siblings. Sam was raised in Baltimore, MD, Columbus, Ohio, Detroit Mi, and most of his latter years spent in Akron Ohio.

Samuel T. White life changed majorly when he became a proud father of his courageous and amazing daughter Sierra Michelle White, he was more elated about being the grandfather to Kaleb Hunt and Kemani White, the happiness he had being the step father to Marques Logan, and Stephan Willis and his bonus daughter Jada Rose Forepaugh and grandchildren.

Samuel T White was a jack of all trades, he was created from the hands of ancestors that played a major role in his god giving and hustling talents. He was a natural handyman. He was amazingly artistic with drawing, and poetic talented. He was musically inclined when it came to singing in the choir, living room, family gatherings, playing the trombone, and believed he was Johnny Gill, Gerald Levert, Kurtis Blow, the uncle and father who knew had a rhyme to flow about everything he connected with.

Samuel T White will be forever known as incredible, and influential black man who is Akron’s known pool master, the protector, the family preacher, the hard loving father, the greatest BIG brother, the craziest and fun-filling loving uncle and the “THE GREAT DEBATER”, THE FIGHTER OF LOVE, the “ video GAMER” and the most unforgettable friend to us all.

Sam has now preceded to the next life with loved ones he truly admired and adored the ground they walked on. A life we can assure he is happy to be amongst which is his father Samuel White, grandparents James T. Edwards, and John D. Edwards, Joseph White and Mary White, uncle Oliver D. Edwards and Victor K. Edwards.

Sam is a man who grew with leaving us with a lot to cherish. As he leaves us to cherish his legacy and who he joyfully and affectionately loves his mother Bridget Edwards, his daughter Sierra White, Grandchildren Kaleb Hunt and Kemani White, brothers Keith (Lisa) Edwards, Lamonte Chenault, sisters Kimya (Aha) Ausar, and Alima White.

He also leaves to cherish his long time companion Janeen Forepaugh and daughter Jada Rose Forepaugh whom he was so proud of her accomplishments into becoming the young lady she has become, and host of his aunts, uncles, cousins, grandchildren, great-grands and friends that he was affectionately crazy about.

Samuel T White our “Thurston” will be truly missed. He has gained his wings and will be with us no matter what. Sam was a hard and victorious fighter, and forever known as our after midnight party counselor/preacher and as he enters a new chapter of eternal living the arms of his ancestors awaits to receive him no longer fighting pain, I’m sure he has left us all an assignment to complete, which don’t wait until you can’t hear me to now learning to hear and love me.

“I love my family, I love all of us, we have been through enough and I know I’m stubborn, and I have protected you all from pain but I love ya’ll”. ~ Samuel T White