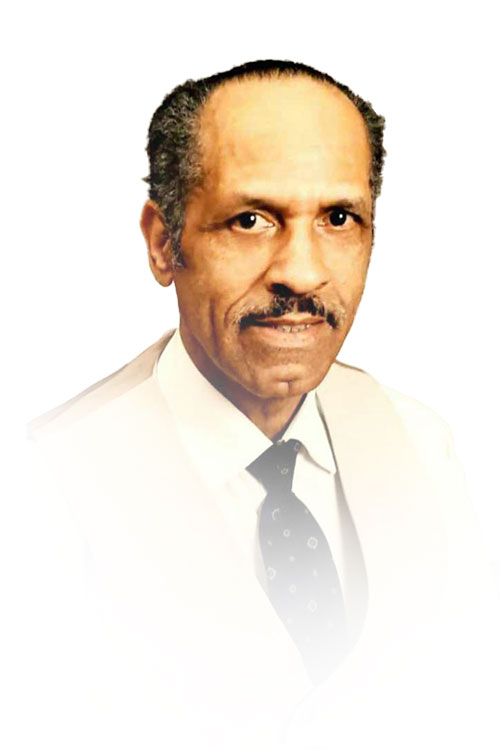 Mr. Charles L. Mundy was born on December 3, 1927 as the second son to the late LaNora Gentry Mundy and Raymond Mundy.  He was educated in the Akron school system and received a GED.  He further went on to Bowling Green State University and received a certificate of learning.  Mundy, as most knew him was a true patriot to his country as he served in the army from November 30, 1945 through May 15, 1948 spending two years and 8 days in Foreign Service in Germany.  He received a World War II victory medal for his service.  He was a proud corporal who also served as a ham radio operator as well as one of the first black military police officers, as a member of the 793rd military police battalion 1942.  He attended reunions and stayed in contact with his peers.  Joshua Smith, Mundy’s nephew attended a reunion held in Virginia where they shared special memories from his time during his military service.

He often told the story of how he observed the radio operator and learned the process.  He stepped in for the assigned officer who had gone AWOL and was able to maintain radio contact at a critical time when blacks were not able to fill that role…

His strong work ethic continued after his honorable discharge as he went to work for Firestone Tire and Rubber for more than 43 years. While working at Firestone, Mr. Mundy presented numerous suggestions to improve the tire building process and was awarded both financial incentives as well as certificates of acknowledgment in addition to working full time he also worked part-time at Scott’s 5 & 10.  He then soon joined the Albright family at Acme where he continued to work through August 2019 Over 25 years of service.  At that time he went on sick leave at the age of 91.  His coworkers checked on him and sent him scratch off lottery tickets, that helped to raise his spirit tremendously.  He loved his Acme family and appreciated their support.

Before he became ill Mundy loved to travel to Washington DC to visit his daughter Monica and niece Diane Smith as well as other relatives and friends on his way to Atlantic City with his grandson Duane.  They also travel to Las Vegas Nevada.  On one trip, Monica and Diane drove him to California with tickets for the Price Is Right, television show taping, he was so surprised! Unfortunately, even though we had tickets, we could not get in.  He was thrilled for the experience. An avid family man, Mundy also traveled to family a reunion in Kentucky and Springfield Ohio.

Mundy was often recognized around town as “the runner”!  People both young and old would drive along side of him to tell him “I remember you running when I went to grade school!”  Lots of people would stop him and say “I wish I could do what you do!