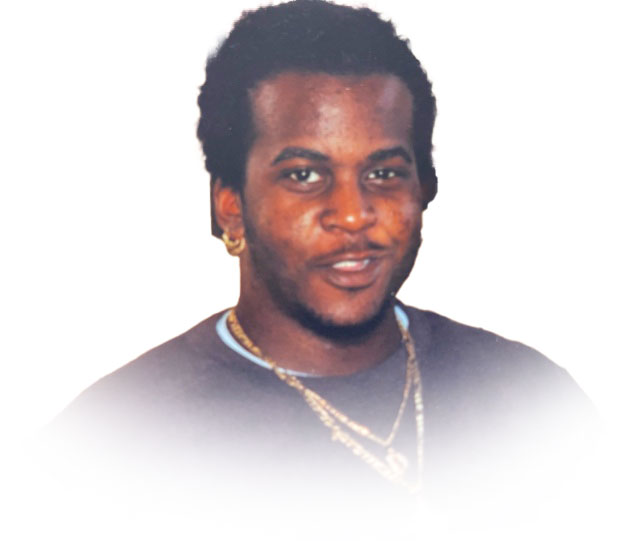 Born as Damon Lee Owens, later changed to Damon Early Eugene Owens, was born on May 23, 1976, to the late Florence Irene Owens weighing in at a whopping 11 pounds and 4.5 ounces. He was the youngest of three children.

Damon was baptized at an early age. Throughout his life he had a strong personal relationship with the Lord and maintained one all the way up to his last breath. His faith was strong and never wavered.
Damon attended Akron Public Schools where he graduated from Central-Hower High School in 1995. He had a number of nicknames but was most known as Bam Bam. At the age of seven, Damon began studying martial arts at Keno’s Judo and Karate school in 1983 under Dr. Lawrence Nixon. In 2000 and 2001 he helped out with the World Marial Arts Hall of Fame receiving an award for participation. Damon worked at Alphabet and Polymerics for a number of years.

Damon was a self-taught musician. He created music no matter where he was. His passion was so deep that he wrote lyrics, poems, and sonnets in countless notebooks, on the back of receipts and whatever else he could find. When he created a new beat, he would be so excited that he didn’t care what time of night it was he just had to share it. Damon had some iconic musical influences but never tried to be like anyone else. He had a style of his own and always stayed true to himself. He wrote, produced, and published his own music under the Soundcloud name of Iamtheantidote. Damon also used his love for music to be a servant to local churches by playing the drums. His legacy and voice will live on through the music and words he left us.
Damon also was an avid action figure and comic book collector that turned into a lifelong hobby. He collected anything from DC to Marvel to Star Wars to Masters of the Universe even She-Ra was not left out. He could talk for hours about superheroes.

Damon was a laid back, fun, loving person with a contagious smile and laugh. To know him was to love him even when he would show at your house conveniently when the food was done, sneak four plates out to his car and come back in and make another plate to eat there. He had a very deep adoration for his family. He loved his family and his boys Daylon and Dayne more than life itself; he would do and give anything for them.

On April 14, 2015, Damon was diagnosed with Multiple Myeloma. At that time the doctors gave him about a year and a half to live. Damon underwent two stem cell transplants and went to dialysis three times a week. When the doctor would try to give Damon a timeframe, he never wanted to hear it. He always said, “it’s not up to what a doctor says, it’s up to God”. Damon never gave up; he was a fearless warrior. No Matter what he was going through, he always took time to uplift others and encourage them to keep going. He was a walking testimony. On April 19, 2021, he went peacefully to be with the Lord. Damon had the strength of a superhero and fought one hell of a fight.

That man is a success who leaves the world better than he found it; who has never lacked appreciation of earth’s beauty or failed to express it; who looked for the best in others and gave the best he had.