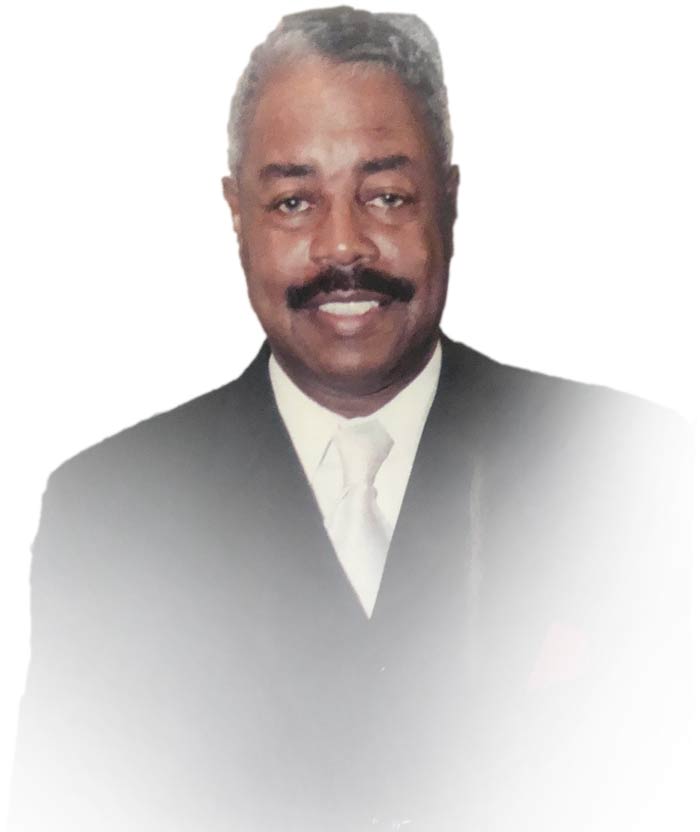 Deacon Bernard Boyer slipped away quietly to his heavenly home on July 8, 2020. Bernard Boyer was born in Akron, Ohio on May 12, 1936, to Thomas and Josephine (Burke) Boyer, he was the youngest in his family that consisted of three boys. When he was just three years old, sadly, their mother passed away, leaving them to be raised by their aunt and uncle Jerden and Irene (Boyer) Powers. He was educated in the Akron Public Schools, where he attended Grace Elementary School, West High School, and he graduated from Central High School in 1955. After graduation, Bernard enlisted in the United States Air Force that took him to many places in this country, including Wichita, KS, Cheyenne, WY, and Sacramento, CA. Bernard had many stories of meeting countless people, but mostly the Saints who took him into their hearts. During this time, he continued to sharpen his excellent tennis skills. Bernard played tennis in some exciting places and tournaments, usually winning! He had many trophies to attest to that excellence.

After the Air Force, he attended Kent State University and later studied accounting at the Hamill Actual Business College. On June 9, 1962, he was united in marriage to Virginia Mae Moyer of Wheeling, WV. To this union were added, four children, Bernard Keith, Maria Lynne, Rhonda Yvette, and Gina Bernadette.He was a hard and diligent worker and held many jobs before finding the one into which he settled and worked until retirement. He spent 39 ½ years at the Chrysler Stamping Plant in Twinsburg, OH, as a superintendent’s clerk, where he was beloved by many employees and had many friends. He received the perfect attendance award, having never missed a day in 39 ½ years. After retirement in 2005, he had a part-time job as a school bus monitor for Akron Public Schools for nine years. He enjoyed the children, the drivers, and the Akron Public Schools family and found it fulfilling. He had perfect attendance in this position also. He worked as a bus monitor until his illness forced him to retire. Deacon Boyer was a wonderful and talented gardener, winning at least 5 “Keep Akron Beautiful” awards because he kept immaculate property.

Deacon Boyer was active and a member of the First Apostolic Faith Church since the age of 13 when the church was located on Bellows Street. He is one of the very last of the original First Apostolic Faith Church members. Deacon Boyer was active in the Sunday School first as a 5th-grade teacher and then later as a unit superintendent for many years. He completed the entire course, “Teaching with Success,” under the direction of Elder Joseph Nevels. His God and his church came first in his life always. He was a dedicated church member and did much to help in the progression of the church. At one time, he was a member of the choir and usher board and became a deacon in the early eighties. Everyone who knew him knows that he loved taking pictures. The church utilized these talents and asked him to serve as the public relations liaison, ensuring that media announcements were made concerning the church. Usually, he could be found taking pictures of any person or some event. He owned hundreds of snapshots and seemed to know every place and the circumstance for each one, no matter how old it was.

Deacon Boyer took pride in his appearance and was known as one of the best-dressed men on the planet. He always looked impeccable to most of his friends and acquaintances. Deacon Boyer loved his family and took care of them very well. Anything that he deemed they needed or wanted he provided. They had a wonderful family life together. As a family, they traveled to many places and provided experiences for their children. In later years, Bernard and Virginia traveled as empty nesters both in this country and abroad. The only thing that stopped them from traveling was illness an inability because of health.

One of Bernard’s greatest joys was his date nights with his wife. They enjoyed numerous events at Playhouse Square as well as EJ Thomas Hall for different plays and entertainment. That was only the second to eating good food and shopping. He loved to shop, and the fruits of his labors were evident. He cherished his church and work communities. He loved to let them know just how much he loved them by making kind gestures and by giving them gifts. He enjoyed all holidays, but his favorite one was Christmas because the house was always decorated and filled with family.

We will miss his dry wit and sense of humor. He could say something so dry yet have you rolling on the floor in laughter as well; maybe somebody else did not get it, but those who knew and loved him did! He will be missed. Deacon Boyer was preceded in death by his mother and father, his brothers Thomas and Robert Boyer, Jerden Powers Jr., Frederick Powers, and Tyrone Powers. He leaves to mourn his loss along with his wife of 58 years, Virginia Mae, his only son Bernard Keith (Anita) Boyer of Barberton, Ohio, Maria Lynne Conner of Burtonsville, Maryland, Rhonda Yvette (Terence) Howard of Park City, Utah, and Gina Bernadette Boyer of Akron, Ohio; His eight grandchildren Clarissa Boyer, Wesley Coleman, Craig Hampton, Curtis Hampton, Peyton Howard, Chase Howard, Daniele Boyer, and Ashton Howard, and two great-grandchildren, Audrey, and Zachary McFadden. He is also survived by a host of nieces, nephews, cousins, aunts, and Godchildren (Steve Powers, Stephen Powers, Lisa Nevels, Tiana Goler, Russell Davis, II, and Kellie Shaw). They had an incredibly special place in his heart. He will be missed by a host of sons and daughters (especially Gail and Michael Brooks) who have adopted him, friends, and relatives.

His theme songs were If I Can Help Somebody…My Living Will Not Be in Vain and Only What You Do for Christ Will Last.